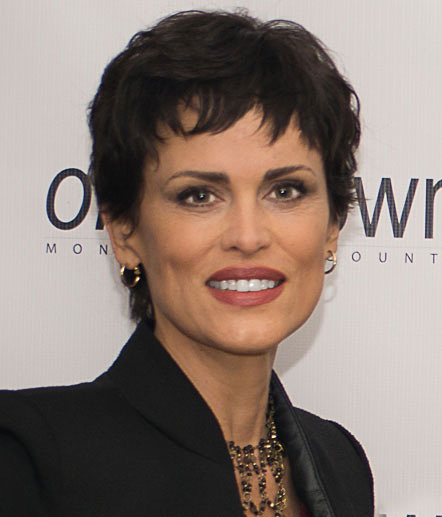 Aside from her 20-year career as a Master Certified Coach (MCC), hypnotherapist and NLP master practitioner Justina Vail Evans is known for her career prior to that in film and television. She starred in productions such as Seven Days, Seinfeld, The X-Files, Cold Case, General Hospital, Highlander, Jerry Maguire, and Kiss the Girls, and won a Saturn Award for Best Supporting Actor in 2000 for her work on Paramount Pictures Television's Seven Days. (See more HERE)

Prior to that, Justina also had a prolific career as an international model, working for Vogue, Cosmopolitan, Vladivar Vodka, Brycreem, Life Magazine, and Good Housekeeping among many other top magazines and brands. (See more HERE)

Justina is also an award-winning author. Her book "How to be a Happy Actor in a Challenging Business" won best how-to at the Hollywood Book Festival in 2012. She has also been an expert contributing writer for Backstage Magazine. (See more HERE)

She is an artist and has recently resumed her  lifelong love of oil painting. (See more HERE)

Take a look at Justina's history as an actor and peruse images from on-set and in the news.

Take a look at Justina's award-winning book How to be a Happy Actor.

Take a look at Justina's history as a model and peruse magazine images and articles.

Take a look at Justina's paintings and watch videos of her artistic process.